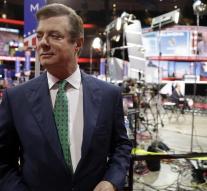 washington - Former campaign chief Paul Manafort of US President Donald Trump filed a testimony in the Senate within 48 hours, NBC News reported on Tuesday, based on a source close to Manafort.

The questions of the Senate Commission are expected to focus on a meeting in June 2016 at the Trump Tower in New York. Apart from Manafort there was a Russian lawyer, a Russian-American lobbyist, Trumps son-in-law Jared Kushner and Trumps eldest son, Donald Junior.

The Senate Commission announced Tuesday that it had sent a summons to force Manafort to testify. The committee said trying to negotiate with Manafort about his testimony, but that they could not reach an agreement.