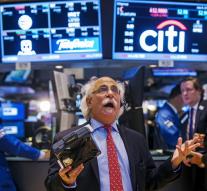 the hague - The eurozone is insufficiently protected from a new crisis. Government debt of many euro area countries is irresponsible high, while many banks are threatened in their survival by the large amount of outstanding bad loans.

\u0026 Nbsp; According to the Advisory Council on International Issues (AIV), new measures are therefore needed to launch the region through a new crisis if they were to act.

Since the euro crisis that lasted from 2010 to 2012, the AIV's economic differences have only risen sharply between the countries of the eurozone.

According to the AIV, southern European countries, in particular, have not been able to carry out 'necessary economic reforms.' In addition, 'drastic cuts' in response to the crisis were likely to have a counterfeit effect.

According to the AIV, in order to be able to catch up with a new shock, it is especially important to increase the capacity for crisis management. In addition, 'deep economic reforms' must be implemented.