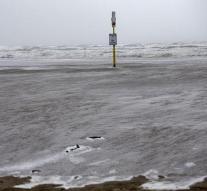 - Disasters caused by extreme weather conditions threaten about two thirds of all Europeans by the end of this century. In the period 2071-2100, the effects of climate change in the EU, Switzerland, Norway and Iceland will die 80,000 to 240,000 people annually.

Those worrying figures come from the European Commission's research center in the Italian city of Ispra. Team leader Giovanni Forzieri published the forecast in the magazine The Lancet Planetary Health. 'Climate change is one of the world's biggest threats to human health in the 21st century,' said Forzieri. According to his study, in the period 1981-2010 in Europe, an average of 3000 deaths per year were due to extreme weather.