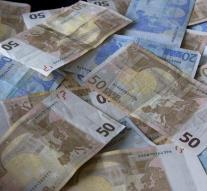 - European justice and police have taken a big action in eight countries at a major VAT fraud and money laundering. It was a total a sum of 57 million euros in tax breaks over companies dealing in electronics, hardware and software.

Eurojust and Europol did Tuesday raids in homes and businesses and performed seven arrests, as they have indicated Wednesday in The Hague. Furthermore, electronic products and 4.5 million cash were seized. The investigation into the fraud ran since June last year. The investigations and raids were done in Germany, Poland, Latvia, France, Luxembourg, Italy, Cyprus and the United Kingdom.