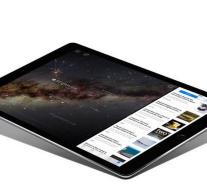 - In a few weeks the iPad Pro and the new Apple TV in the European market and the German iFun.de the prices of the new hardware already set eyes . For the cheapest iPad Pro you should soon pull out 899 euros, while the cheapest Apple TV will cost you 179 euros.

The iPad Pro is Apple's first tablet with a 12.9 inch screen. For 899 euros you have the later version without 4G and 32GB of internal memory. To get a better equipped iPad, you must properly pay. So does the 4G version with 128GB Storage 1079 euro and 1229 euro variant with 4G. For that money you have the special cover with keyboard is still not there and also see the Apple Pencil not included in the price. What the new iPad Keyboard and Apple Pencil in Europe will cost is not known yet.

Know iFun. the provisionally only the US version of the keyboard will be for sale. For Dutch makes little difference because we have no special marks on our keyboard. What does differ is the enter key. On the Dutch keyboard - as included with Macs - is an upright key while on US keyboards enter key is horizontal.

Apple TV The 179 euro-dollar Apple TV is the version with 32GB of storage. Apple TV with 64GB space must be 239 euro stitched. Moreover, the more expensive the Apple TV from the larger memory identical to the cheaper version. The new devices have to be in stores in November.