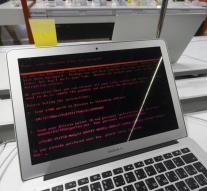 brussels - The defensive wall that the European Union tries to throw up against all kinds of destabilizing threats is beginning to get shape. The previous year's plan of 22 actions against so-called hybrid threats has made significant progress, but there is still a lot to do, the European Commission is setting out in a report on Wednesday.

For example, in the case of hybrid threats, terrorism and cyber attacks occur, as well as disinformation campaigns and media manipulation. The exchange of information between Member States has improved considerably, according to the report. 'No country can only handle these challenges. '

Steps have also been taken to protect 'critical infrastructure' (transport, energy, financial institutions). Furthermore, terrorist propaganda is getting faster from the internet.

A department set up by the EU Foreign Service in Brussels last year is conducting threat assessments, with close cooperation with NATO. Later this year follows a joint exercise.

The cooperation between the EU, Member States and NATO to strengthen resilience and formulate coordinated responses to strategic vulnerabilities has reached an unprecedented level, according to the committee.

In June, 20,000 devices were hit by a cyber attack with the malware Petya. The attack began in Ukraine. More than 70 percent of Petya's devices were found in that country. The malware did find its way to computers in other countries, but that happened much less vehemently.