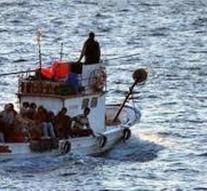 brussels - The European Union is laying the groundwork for a ban on Libya people involved in the smuggling of human beings and the freezing of their European bank assets on Monday. Russia and China block such sanctions through the UN, reason for EU countries to prepare measures themselves.

The EU Foreign Ministers will also decide to limit exports to Libya of rubber boats and outboard engines, as well as other items that can be used in smuggling migrants. This was about 1.6 billion euros last year.

Europe is trying to break the smugglers' business model for a long time, including the Sophia maritime operation and the training of the Libyan coastguard. However, results are awaiting.

Last month, nearly 25,000 migrants reached Italy, 8 percent more than in May. Over the past six months, 85,000 people were more than 20 percent more compared to one year earlier.

It is mostly about economic migrants from Africa, but also from Bangladesh. Over 2150 drownings have been reported this year.