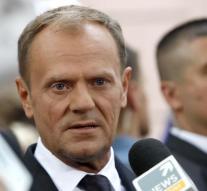 In April, the sanctions were also tightened by the 28 Member States. The ban on investment was then extended to the North Korean metal industry, the aviation industry and conventional weapon manufacturers. In addition, the provision of services to the chemical, refining and mining industry was banned. European sanctions are stricter than those of the Security Council, because countries like China and Russia often weaken UN action.

What the new sanctions will look like is still unclear. Next week, the 28 Foreign Ministers will meet and will probably talk about North Korea. The Dutch Foreign Minister Bert Koenders called the test 'again a reckless provocation in a time of rising international tensions'.