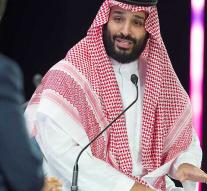 strasbourg - In a resolution, the European Parliament calls for a European arms embargo against Saudi Arabia in connection with the murder of the journalist Jamal Khashoggi. The parliament 'condemns the torture and murder in the strongest possible terms' and urges the Saudi authorities to disclose where the remains of the critical journalist are.

Khashoggi died on 2 October at the Saudi consulate in Istanbul. According to Riyadh, he died when a fight broke out. Turkish President Erdogan is convinced that the journalist was murdered by a Saudi death squad. Saudi Arabia previously announced that it had arrested eighteen suspects.