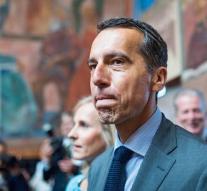 brussels - The European Commission does not want to speculate about the reality of Turkey's accession to the European Union.,, It is a process with an open end, '' said a commission spokesman Thursday in response to the remark of the Austrian Chancellor Christian Kern that negotiations,, diplomatic fiction 'is.

Core will next month at a summit with his fellow heads of government proposals to break off the talks on Turkey's accession, he announced Wednesday.,, We need an alternative concept. ''

Turkey is a candidate country and the EU remains determined to address our common challenges together in a democratic and stable Turkey, the European Ministers of Foreign Affairs stated last month after the failed coup in Turkey.


For EU membership requires that Turkey complies with the European values ​​of the rule of law, fundamental freedoms and human rights, said the spokeswoman of the commission.