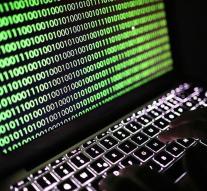 luxembourg - Violent attacks on computer networks in the European Union must be tackled hard. The EU countries want economic sanctions if necessary.

States can not deliberately allow their territory to be used for illegal ICT operations, stated in a statement approved by the 28 foreign ministers on Monday in Luxembourg.

The severity of the penalties depends on the 'scope, duration, intensity, complexity, refinement and impact of cyber activity'. It may include travel bans and freezing of bank deposits. It should at least deter hackers and countries that allow illegal cyber operations.

The need for deterrence has increased after reports of foreign influences of elections in Europe and Russian interference with the American elections.