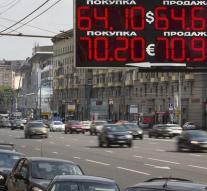 brussels - The economic sanctions that the European Union instituted in July 2014 against Russia, on Monday formally extended to 31 July 2017. The Government of the 28 Member States had last week unanimously given the green light for.

The measures take the Russian financial, energy and defense sectors and export to Russia of technological goods and services susceptible to oil exploration.

Russian interference and operations in eastern Ukraine were the reason for the penalties. Lifting or easing since March last year related to compliance with the so-called Minsk vredesakoorden.

Besides the economic sanctions the EU imposed a travel ban 152 people. Their bank accounts and those of 37 organizations are also frozen. The incorporated the territory of the Crimean Russians are separate measures in force.