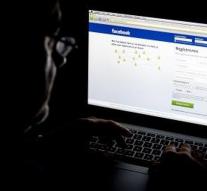 brussels - New European directives should ensure that companies like Google, Facebook and Twitter get more quickly into illegal content. The EU wants the companies to know more about what is written on the internet and to use more proactive efforts to tackle illegal messages. That's what Reuters press office is based on a draft version of the EU directives it has seen.

The guidelines state how internet companies can increase their efforts to remove illegal messages. This means messages that violate copyright or encourage terrorism. 'Online platforms need to do more to address this content', is in the concept. This can be done, for example, by working with specialized companies so that the illegal messages can be detected faster and better. It is also important that such messages be reported to the authorities, according to the EU.

The guidelines, which are likely to be published in late September, are not binding. But it is not unthinkable that further legislation will be developed in spring 2018.