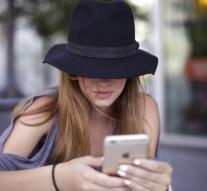 strasbourg - The European Union releases 120 million euros for free WiFi in at least six thousand locations in Europe. Per applicant, 20,000 euros will be available from next year. Whoever comes first, first served. Hospitals, libraries or other public places should then keep the system in air for at least three years.

The European Parliament gave a green light on the project in Strasbourg by a large majority (582 to 98). According to the CDA, interest has been shown in the Netherlands. The European Parliamentaries Esther de Lange and Annie Schreijer-Pierik regard it as a 'fine settlement' and 'a good instrument for increasing the attractiveness of village centers and counteracting shrinkage and vacancy in rural areas.'

The Flemish European Parliamentary Anneleen Van Bossuyt (N-VA) voted against. According to her, it is the waste of money, with which citizens are 'bribed'. Additionally, cities that have already settled themselves can not apply, its criticism.