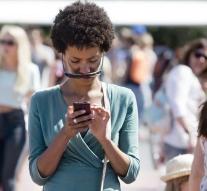 - "The rates of telecom companies for the delivery of mobile and landline phone calls should be regulated at national level. In addition, a national court under conditions differ from the recommendation of the European Commission on the costing model to be used, the European Court of Justice ruled Thursday."

"The court issued a ruling at the request of the Dutch College of Trade and Industry (Tribunal). Covering substantive proceedings in a dispute between telecom operators KPN, T-Mobile, Vodafone, Tele2 and Ziggo and supervisor ACM. The companies disagree with the ceilings ACM uses for the fees they charge for using their network (termination)."