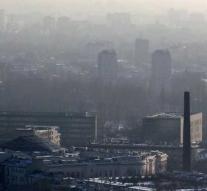 Poland was sued by the European Commission before the EU Court at the end of 2015, because according to her the country is ignoring EU legislation. Since 2008, a directive has been in force to combat air pollution in the 28 Member States. Daily and annually, harmful substances in the air may not exceed a certain maximum.

Between 2007 and 2015, the limits for particulate matter were exceeded in 35 of the 46 zones in which air quality is measured in Poland. In nine of those zones, this also happened with the annual limit.

Poland must now act as quickly as possible to comply with EU rules and improve air quality. If the government is in default, she is fined.