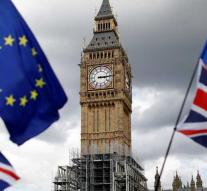 luxembourg - There will be a little more clarity next week about whether the United Kingdom can unilaterally decide to withdraw the announced departure from the EU. The most important adviser to the European Court of Justice will give an opinion on Tuesday. The court often follows such advice.

The court in Luxembourg held a hearing this week on the question submitted by Scottish judges. The UK Government's lawyer argued that the question is irrelevant because London does not intend to revoke the activation of Article 50 of the EU Treaty at all. The British started at the end of March 2017. The article basically states that the departure is a fact two years later.