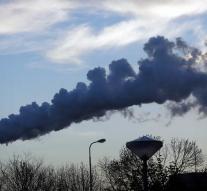 - While US President Trump removes the Paris environmental agreement on Thursday afternoon, China and the EU will conclude a pact to limit global warming.

That reports sources in Asian and British media. Documents held by the Financial Times show that they are committed to an irreversible departure from fossil resources.

In order to provide the billion people with energy, the participating countries promise to switch quickly to solar and wind energy. This should help global warming to below 2%, according to the climate. The 2% is the target in the Paris climate agreement.

The release of the document is seen as a tactical step from China to fill up the emptiness that leaves the US and strengthen its role as world leader.

During the recent G7 summit in Rome, it became a collision between Germany and the US, especially on trade agreements. Trump believes that Europe is investing too little, including military spending within NATO.