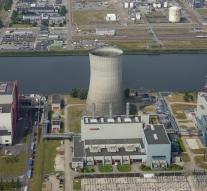 In addition, four gas-fired cogeneration plants on 1 December this year completely from the net. These are all silent since 2012.

The news follows the announcement last week that Engie (GDF Suez) more than half of its gas-fired plants will shut down in the coming years, as more is not an economic perspective.