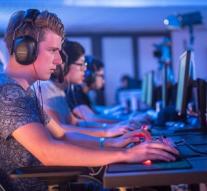 - The best competitive gamers in the Benelux compete on the midst of the Amsterdam Arena on 24 June. During the ESL Benelux Championship, the finals are played from Counter-Strike: Global Offensive, Hearthstone and League of Legends.

After an exciting first online season of the ESL Benelux Championship in 2016, the best teams and players take it live now. Visitors follow the contests from the Royal Arena of the Amsterdam Arena. In addition, there are several other gaming activities in the main building.

There are various Ajax FIFA show matches (with Dani Hagebeuk and Koen Weijland). Also, the best eracers of the Netherlands take up each other in Formula 1 and visitors can also try to get a quick time in one of the simulators.