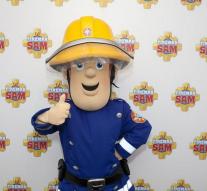 - RTL Netherlands deletes an episode of the children's series Fireman Sam. In the offending episode slides one of the characters on a stack of papers. One of them is now appears depicted a Koranic verse.

The BBC reported earlier Wednesday on the offending episode and a spokesman for RTL confirmed that the episode also is not televised here. The series will be broadcast in the Netherlands on RTL 8.

Production Mattel told the BBC that the error was made by the animation studio. Mattel apologizes and says he does not think there has been ill-willed.,, It was planned that garbled text on the page was, and we regret this mistake very much, '' said the spokesman for Mattel.


Mattel has terminated cooperation with the animation.