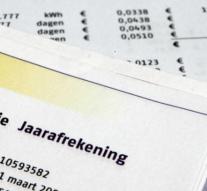 "The trade associations do not disclose to which supplier data is stolen. They were probably taken by a now former employee unlawfully from the system. It is still unclear what has been done with the data. Along,, legal route is demanded destruction of the data, '' said a spokesman for the Network Management Netherlands. This week is the lawsuit."