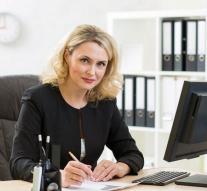 strasbourg - Companies that want to check the email traffic of employees should not do that. Their staff must know that their messages can be checked before the management passes to that measure.

The European Court of Human Rights ruled that Tuesday in a Roemeen case fired in 2007 because he used the mail account of his work to send messages to his brother and fiancée.

Romanian judges wrongly failed to determine whether the company had informed the employee, sales assistant Bogdan Barbulescu, of the mail check. They should also have judged whether no less restrictive measures could be taken, according to the judges in Strasbourg. They conclude by majority (11 to 6) that the right to a private life has been violated and the Romanian judges have not made a proper decision.

A lower court of the Human Rights Court had ruled last year that the company was in a position and did not violate Barbulescu's privacy.