Home / World / Emergency state due to water shortages in Italy 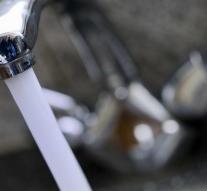 rome - Continuing heat leads to ever-increasing water shortages in Italy. In two provinces, the situation is so depressing that the government in Rome has proclaimed the state of emergency on Friday. Italian health is also at risk of high temperatures. For example, the cities of Bologna, Turin and Florence have been redone code for this weekend.

The north of the country already struggled in the autumn with a prolonged period of drought, where the heat wave is from now on. As a result, the water level in the Po River is now 65 percent lower than normal. Farmers are afraid that their harvest fails. The declared state of emergency applies to the provinces of Parma and Piacenza. The capital Rome is considering ransoning the water for its residents, reports Ansa Press Office.

Except for Bologna, Turin and Florence this weekend in another six Italian cities is code red in force. That is the highest level of risk for public health on a scale of four levels.