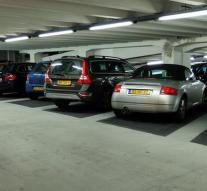 antwerp - A director of the Belgian branch of the parking Apcoa group is suspected of large-scale embezzlement of parking in Antwerp. The police estimated that 2 to 3 million he has put on little money in their own pockets, the newspaper reported the latest news. The 49-year-old man has been arrested.

The director asked for would-spot checks his staff money drawers of parking meters to keep separate. The money did he then disappear. By rummaging through the computer of his employer to which he covered.

This year he would have stopped all of a sloppy 250. 000 in his pocket. Because he worked for thirteen years at the company, the Belgian investigators fear that fraud runs into millions. The fraud came to light during an internal audit.


Apcoa operates about 60 000 parking spaces in Belgium and is also active in the Netherlands.