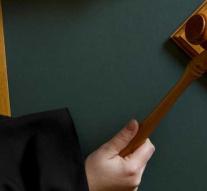 melbourne - A man from Melbourne has been sentenced to eleven years for the fatal abuse of a tenant after a conflict over money. According to Australian broadcaster ABC, the victim still had $ 210...

Perpetrator Jason Rohan Colton is said to have kicked, beaten and smothered 36-year-old Ramis Jonuzi in October 2017. According to ABC, the judge spoke of a 'cowardly' attack. The victim did not fight back and, according to her, did not pose a threat to his attacker.

Two other men who were involved in the attack have already been sentenced to 9 and 7.5 years in prison.