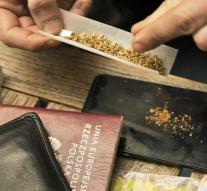 ragusa - On a Dutch sailing yacht that sailed near Sicily, 11 tons of hash was found. The two people on board have been arrested. According to the Italian customs they come from Bulgaria and they are about 40 years old. The yacht, the Leucothea, has been confiscated.

According to the Spanish police, the yacht had departed from Melilla, a Spanish city bordering Morocco. It got its smuggling charge off the coast of Algeria. It was brought from the mainland by fast boats. Then the boat crossed over to Italy. The yacht was intercepted in Sicily.

The drugs were hidden in 407 jute sacks. Presumably the load was destined for Eastern Europe. There the hash could have yielded about 100 million euros, according to the Italian authorities.