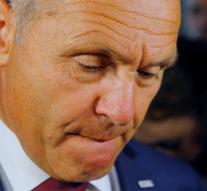 - "Problems with voting by mail also threaten Austria's second attempt to traverse to choose a new president this year. The government in Vienna is considering to postpone the presidential elections of October 2 because the quality of the condition of ballot papers for postal voting."

",, If an obvious manufacturing defect makes it impossible elections to decent run, then it is my duty as the Chief Executive of the Electoral Council to consider immediately delay '', told Interior Minister Wolfgang Sobotka Friday. The past few days had multiple municipalities and voters did complain about damaged ballots."

"The elections of October 2, which is now in question, was required because the Constitutional Court declared the second and decisive round of the election in May invalid. There were errors in the counting of postal votes."