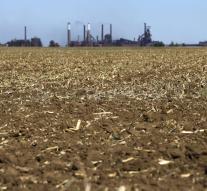 london - The effects of El Niño, the weather phenomenon that occurs every two to seven years, will next year according to the US space agency NASA are at least as bad as in 1998. The threat of hunger and disease for millions of people will be there in 2016 by increase set aid organizations.

By El Niño worsening drought in some areas, while it increases the risk of flooding elsewhere. Some of the most severe effects are likely in Africa where food shortages in February will reach a peak. Also regions in the Caribbean and Central and South America will be hit over the next six months.

The periodic weather phenomenon that tends to disrupt global temperatures and weather patterns, has led to 2015 being the warmest year on record in the books. El Niño creates a warming of sea water along the equator in the Eastern Pacific Ocean.