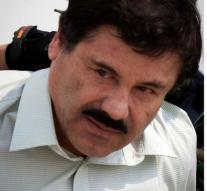 - The detainee Mexican drug lord Joaquin \'El Chapo\' Guzmán has a hard time in the prison of Ciudad Juarez.

According to his lawyers, he suffers from high blood pressure and is he suffers from anxiety because of the strict regime. They accuse the Mexican state of torture of their client, they let know to US media.

The 61-year-old Guzman, formerly the ruthless boss of the Sinaloa drug cartel, in 2015 saw a chance to escape from prison in Mexico City via more than one kilometer long tunnel. In January this year he was again arrested after a huge manhunt. Since then he is under strict supervision. According to his lawyers, the guards keep out of his sleep, he allowed no contact with other prisoners and he will not visit.

The United States has asked for the drug lord extradition. Guzman's lawyers are trying to avoid.