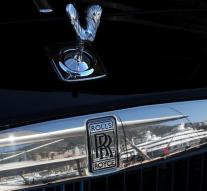 - The Indian businessman Balwinder Sahani to an auction in Dubai 33 million dirhams (8 million euros) paid for a license plate of the wave-state. Therefore, the real estate tycoon is now a sign with 'D5' on his Rolls Royce screws.

Last year he bought for a few million less even though 'O9' for another car, Sahani told Gulf News.

In the United Arab Emirates is selling badges a lucrative business. The very rich who do not know what to do with their money, make it to grab a rung of a shortest track to increase their status. In 2008, there were someone in Abu Dhabi 52.2 million dirhams down to plate 1, a record in the region.