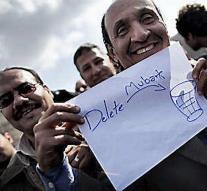 - Egypt on Saturday postponed the hearing of a case against a now twenty Irish Egyptians for the third time. Ibrahim Halawa was two years ago when he was still a minor, arrested during a demonstration against the government. Since then he's stuck without his case ever occurred.

According to the Irish Examiner, the proceedings are postponed until January 9th.

It is not clear whether the renewed delay has something to do with the speech by the European Parliament to release the man. The Egyptian Foreign Ministry indicated Friday that it request an interference in the independence of the judiciary Egypt was and rejected it.