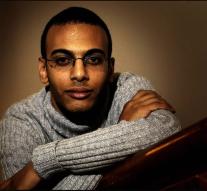 - The Egyptian military intelligence service on Sunday arrested an investigative journalist and human rights activist and interrogated for hours. He would have spread false information that harms national interests.

Hossam Bahgat is the founder of the Egyptian Initiative for Personal Rights. That is a major human rights organization in the country, writes The New York Times. As investigative journalist, he is known as someone who notices the government sharply scrutinizes.

Bahgat Sunday had come to the intelligence service, where he was interrogated nine hours without lawyers there. Monday is likely to be decided whether Bahgat is charged with publishing false information and insulting the army.

Human rights organization Amnesty International has condemned the accident and called it the " last nail in the coffin of freedom of expression in Egypt ".