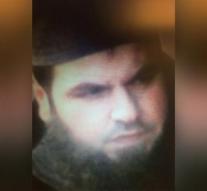 karlsruhe - Perhaps the most important figure of IS terrorists in Germany, nicknamed Abu Walaa is Tuesday with four co-defendants arrested in the western German state of North Rhine-Westphalia. This confirmed justice versus German media.

According to several media, it is a 32-year-old Iraqi man, Ahmad A. Abdelaziz who was wanted for years and was known as 'the preacher without a face. '