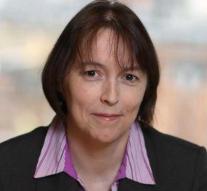 frankfurt (anp) - The European Central Bank (ECB) prefers a woman when looking for a new head for banking supervision. That is what insiders tell Bloomberg news agency. The deadline to apply for the post ends Friday.

The ECB is looking for a successor to Danièle Nouy, ​​who will retire at the end of this year as chairman of the supervisory board at the central bank. The French have been the highest responsible for the Joint Supervisory Mechanism since 2013, which is to guarantee the stability and security of the banking system in the euro area.

The skewed balance between male and female officials at the central bank led to criticism from the European Parliament, which ultimately votes on the candidate who nominates the central bank. ECB director Benoît Cœuré also recently said that 'concrete action' is needed to appoint more women.