Home / Tech / E-books may be cheaper 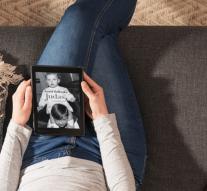 brussels - E-books may be cheaper. The VAT for digital books, newspapers and magazines is likely to be equal to the charge for the paper versions. In the Netherlands this means that VAT goes from 21 to 6 percent.

The European Parliament approved the change on Thursday. The ball is now with the Finance Ministers of the 28 EU countries. This meeting will be held mid June. Most of the Member States, including the Netherlands, have to be adopted unanimously. Minister Jeroen Dijsselbloem wants to reduce VAT as quickly as possible, he said in March.