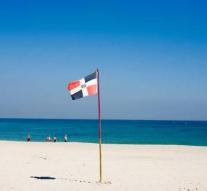 el seibo - Two Dutchmen were killed in the east of the Dominican Republic this week. The bodies were found in a pit on a sugarcane plantation Wednesday, reported the newspaper Diario Libre on Friday. The police reported that it was about the Dutch but did not give names.

Manuel Santana Montero of the Public Prosecutor's Office in El Seibo said that everything points to the fact that it is a bill in the circles of drug criminals. According to the newspaper, the court is currently ruling out that the two have been executed. There are certainly twelve bullet holes on the site.

The two would be murdered on Monday night. According to him, there are traces leading to perpetrators. He did not want to lose in the interests of the research.

The case is known to the Ministry of Foreign Affairs but as long as the identity is not established, it can not be said otherwise.