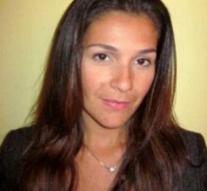 - The train disaster at the American Hoboken station is a tragedy for the Dutchman Daan Crown. The manager of gin and liquor company Bols in the US lost his wife Fabiola who was waiting on the platform in the morning.

The 34-year-old Brazilian, who married Crown in 2012, is most likely affected by the debris that came down from the roof when the train rammed the station. She was the only fatality, nearly a hundred people were injured. Some are in bad shape.

The woman was on her way to the city to see apartments in the metropolis, reported her mother to The New York Post. The international set wide home in New Jersey exchange for an apartment in the city to live closer to work and because there were better schools for their daughter Julia was in the nursery during the accident.

The 39-year-old Crown is family brewery De Kroon, a brewer from Oirschot Founded in 1627 and acquired by Bavaria. Before he became manager for Bols in the US, he was Director for drinks brand Diageo (selling include Johnnie Walker) in Paraguay. After that, the couple moved to the US

His wife, Fabiola Bittar Crown, was a lawyer specializing in corporate law and came from Santos, Brazil. The Crown was on a business trip in the US when the accident occurred.

A spokesman for Bols reports that the company has started. ' It is a tragedy. We live enormously with the family. And provide all possible support, '' said a spokeswoman at the head office in Amsterdam.\n  \n  \n   advertisement

The train crash at the always studied very busy commuter train station to New York by the US authorities. Thus, among other things questioned the driver and will look at the condition of the track and the train itself. The train would have arrived with too high speed on the platform.