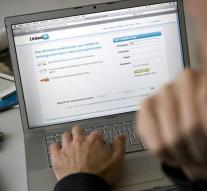 - Dutch are among the European leaders in dealing with computers and the Internet. Like the Luxembourgers, Danes and Finns Dutch have a relatively large ICT skills. It reports the Central Bureau of Statistics (CBS) on Wednesday. Eastern Europeans, French and Italians are below the European average.

Seven out of ten Dutch of twelve years or over have basic skills or more than that in dealing with computers and the Internet. Two in ten Dutch people have little or no skills and one in ten has no (recent) internet user. The differences in ICT skills between men and women are small. The percentage with more than basic skills among young people is more than six times as large as in the elderly, and educated nearly three times as large as the low skilled.

In the field of information, which could include searching on the Internet, 80 percent of the Dutch skills that transcend the basic level. Also with communication, such as e-mail, and skills install apps, a large majority more than just the basic level.