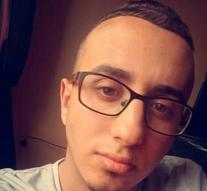 dubai - The Dutch-Moroccan Bilal Ouchan (18) is since Friday onto the Dubai airport. During a passport control, he was informed by the authorities, without giving reasons, singled.

Saturday, the anxious father of Bilal took contact with De Telegraaf. 'My son has worked for years for his holidays and saved. Now he is stuck and he enters the country out, 'says concerned parent from Wormerveer. 'We are desperate, and understand nothing of it. I do not even know when my son comes back. He was denied access to the country for no reason... We are already often been in Dubai in the past, but then there were no problems. '

Meanwhile guard Bilal, after an extensive fire questions, more than a day on a possibility to return to the Netherlands. From Dubai late 18-year-old student Bilal know that he is indeed declined in the strictly religious Muslim country. 'Maybe it's because I have a Dutch-Moroccan nationality. At the airport I met two men who were not allowed into the country. They had a French-Moroccan nationality. '