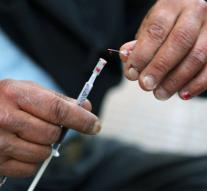 las palmas - The Spanish police have rolled up an international gang suspected of the smuggling of heroin from the Netherlands to the Canary Islands. The Spanish press agency Europa Press reports that four of the suspects arrested are four Dutchmen.

The Spanish police had been given information that a gang arranged drug drivers on direct flights from Dutch airports to the Canary Islands. Therefore, checks at Gran Canaria airport were tightened. That led to the detention of three drug dealers who had swallowed heroin and eight other members of the gang.

During the action, the police captured nearly 5 kilos of heroin and about 36,000 euros.