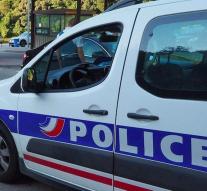 paris - A Dutch couple has been abusive in Cannes. They left their dogs for a while in a sobriety car, putting themselves in a sip in the southern French resort. Then they refused to make the dead animal creme.

The two parked their car in full sun on the Quai Saint-Pierre in the old port, reporting the newspaper Nice Matin. They entered the city and left their dog, a cross between a beagle, chihuahua and a Cavalier King Charles Spaniel in the back of the car.

The man was arrested in the evening because of public drunkenness. His girlfriend reportedly letting himself on the desk too. The couple seemed to have had a fight. The two were placed in a degeneration cell and released the following morning.

The following afternoon, bypassers alerted the police because they saw the dog in the car's car. When agents broke the car, it was already late. The animal was already stiff, the two were forgotten in their drunkenness to say that they had left him in the car.

According to the local newspaper, the couple made it even more fierce: the police put the two with the dog at an animal clinic to make the animal creme. That seemed to be the Dutch too expensive because as soon as the agent had disappeared, they told a clinician's staff that they wanted to create a little air- where they never returned.

On Thursday morning, the animal was found in Le Cannet, a town grown at Cannes. The Dutch had put their dog in a plastic bag and a trash bag in a sports bag laid on a square. A shelter house makes him creme.

This shelter makes a declaration to claim the costs on the link. Additionally, the couple could be charged for negligence, resulting in the death of an animal. ' If the Public Prosecutor's Office finds the case serious enough, the two in France can be sued for trial.