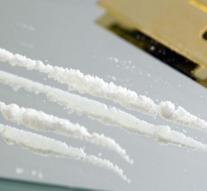 olbia - In the city of Olbia on the Italian island of Sardinia two men from the Drentse Emmen were arrested. The Italian police found eleven kilos of cocaine in their car, reported the ANSA press office on Saturday.

The men, with Italian sounding names, are 27 and 29 years old. They believed to be suspected and arrested by police.

In their car a secret space was found containing the cocaine. The drugs have a street value of about two million euros. The men declared that the car was not their own and that they had become the victims of drug smugglers.