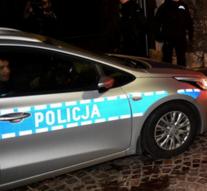 kazan - A drunk driver tried in Russia to evade the police by driving into a terminal of an airport. Runners were the driver according to Russian media only held when he drove out of the building on the other side.

Camera images show how the car earlier this week in the city of Kazan went through a glass door. The damaged car then tore through shops and waiting passengers, and finally on the other side of the airport by a glass wall to drive out. Agents driver could eventually pull out of the car.

At the bizarre chase became remarkably nobody was hurt, the Moscow Times reported Thursday. The motorist caused by the airport is estimated at about 6 million rubles (almost 95 000) damage.