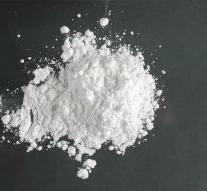 limb - The man who was arrested last week with a large amount of cocaine by the English police is the famous horse trader Mario van G. (52) from Limbricht. That states 1Limburg.

Van G. was arrested on 13 July by the English police in Dover, where the ferry arrives from the French Calais. He was driving a truck intended for horse transport.

However, the customs took over fifty kilos of cocaine in the cargo area of ​​the car. Then the horse trader was arrested.