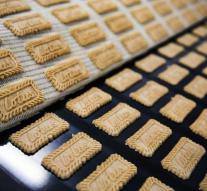 knokke - A relationship between the CEO has turned a board member of the Belgian biscuit company Lotus in a drama when the woman's partner discovered the affair.

The cheated husband went Friday night with a firearm at the residence of CEO Jan Boone in Knokke, where the driver that evening was with the woman. A few hours earlier he had been informed of their relationship and that he could not stomach, writes Het Laatste Nieuws.

The two men verzeilden in an altercation after which the police could arrest the man cheated. In his car, the gun was found.