Home / World / Dozens of IS suspects arrested in Istanbul 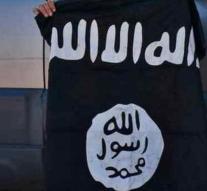 ankara - The Turkish police arrested 25 alleged Islamic state warriors in Istanbul. It is believed in three cases that 'high-ranking members' of the terrorist organization, state government agency Anadolu. The vast majority of the suspects would have a foreign nationality.

Turkey, a neighboring Syria, has arrested or deployed thousands of alleged IS followers in recent years. According to officials, they were from 95 different countries. The Turkish police killed another alleged IS warrior last week who were about to commit a suicide attack in the coastal town of Mersin.