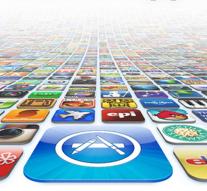 - People with Dutch account dozens gokapps can not download from app stores. The gokapps been removed at the request of the Gaming Authority.

Initially, 49 so-called real-money gambling apps removed and later six. The NOS reported that the apps were available in the Apple app store, Google would not have offered the apps. A spokesman for the Gaming Authority will not say anything about it.

In some cases can be used downloaded apps for removal. The Gaming Authority indicates that it will follow this usage.

Behind the apps are gambling companies like Unibet and Bwin. They are more focused on Dutch and that is not allowed under current legislation, the Gaming Authority proposed in May with the announcement of the first temporary action against illegal gokapps. The supervisor of the Dutch gambling market has now decided to take gokapps as standard in its review.