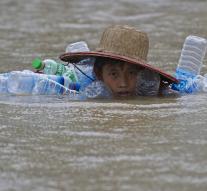 - At the United Nations are doubts about the free and fair conduct of the elections in Myanmar next month. Dozens of candidates were excluded and hundreds of thousands of people are denied the right to vote, said Yanghee Lee, the UN Special Rapporteur on Human Rights in Myanmar.

The Asian country also has, according to him still restrictions on the right to freedom of expression, assembly and association. Furthermore, talk of arrests and excessive force against demonstrators.

The UN Ambassador of Myanmar spoke of false and misleading statements. " Myanmar does with vigor its best to make the elections free, fair and transparent. "

The elections on 8 November. The political situation in the country has eased after years of dictatorship.