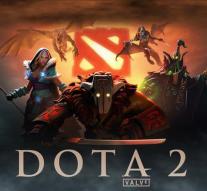 seattle - The 'World Championship' in the Dota 2 game has the biggest prize pool for an eSport ever. The counter has already been $ 20.8 million (18.2 million euros) and that is still happening. Dota 2 discontinues his own record, because last year the participants could divide 20.7 million dollars together.

The pot for the Dota 2 International is largely filled by amateur players around the world. Each purchase in the game will pay a quarter of the amount to the pot. With millions of users, that may be a good thing. The pot closes in a few weeks, just before the tournament.

The World Cup is held in Seattle from 7 to 12 August. The eighteen best teams from all over the world then come together. One of those teams, the TNC Pro Team from Asia, is being coached by the Dutch Muriel Huisman, aka Kipspul.

The Dota 2 International was won last year by a Chinese team. The five professional gamers received $ 9.14 million, or $ 1.8 million per person.